December 12, 2014, organized by the Western Returned Scholars Association of Entrepreneurs Association organized the Western Returned Scholars Association • Chinese Overseas-returned Scholars Association , co-sponsored by the China Overseas-Educated Scholars Development Foundation to participate in the implementation of the thirteenth Chinese enterprises "going out" strategy forum In the Great Hall of the people held a grand. Ministry of Commerce, the Ministry of Foreign Affairs and relevant ministries and commissions, well-known mergers and acquisitions enterprises, investment and financing institutions representatives, as well as from China, the United States, Britain, France, Russia, Canada, Greece, Kazakhstan, Cambodia and other countries and regions more than 700 experts, Representatives and dozens of news media attended the conference. 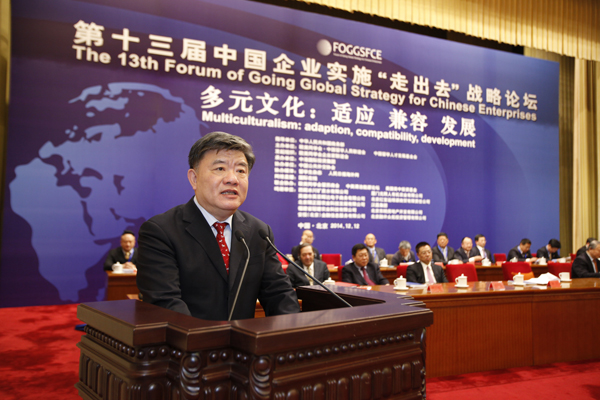 The theme of this forum is "Multicultural: Adaptation, Compatibility and Development", which aims to explore the accelerating pace of economic globalization and China advocates the construction of "New Silk Road Economic Belt", "21st Century Maritime Silk How to adapt to, adapt to and develop the Chinese enterprises in the process of coming out of the process of cultural differences between China and foreign countries, through different cultural customs and religious beliefs, lifestyle better communication and understanding, so that into the potential of enterprise development and power. Organizers expect to use the "going out" strategy forum this platform, the implementation of General Secretary Xi Jinping advocated: "Let the majority of students studying abroad to give full play to their advantages, strengthen the internal and external outreach, matchmaking, to promote friendly exchanges between China and foreign ambassadors, People listen to, understand, listen to the way and way, tell a good story of China, the spread of a good voice in China, the world of China a little more understanding, more of a support. 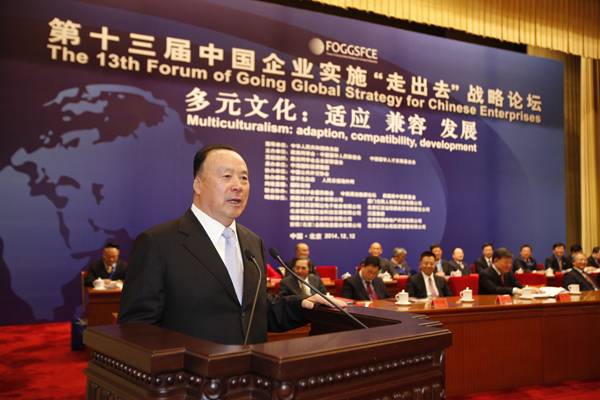 The Forum also features roundtable forums. The first theme of the roundtable forum is "Chinese enterprises overseas: cultural adaptation and compatibility". Hosted by the executive vice president of the Western Returned Scholars Association  and  Association of Entrepreneurs, Chinese enterprises overseas investment and financial risk research center director of Deng Xu hosted the guests and the audience on behalf of the analysis of Chinese enterprises to go out to face the cultural collision problem, sharing the integration of Chinese and foreign culture and The cultural differences into business development and positive energy experience.
The second theme of the Roundtable Forum is "Multinational Enterprise Culture along the Way". It is composed of CPPCC members, executive vice president of  of Entrepreneurs Association,Western Returned Scholars Association , Chinese Vice President of China Merchants International Investment Co., Ltd. Manager Zhou Liqun, guests talked about the "all the way along the" construction will bring positive effects to the regional economy, look to go out of China's enterprises in the "all the way along the" leading role in the construction of Chinese enterprises to go out a lot of useful suggestions . In this case,
December 13, "going out" strategy forum overseas project briefing held at the China World Hotel, "along the way" along the country's business executives were invited to attend the project briefing. At the conference, 10 investment projects in the fields of energy, equipment manufacturing, transportation, education, biomedicine, communications, internet and cultural industries were released. 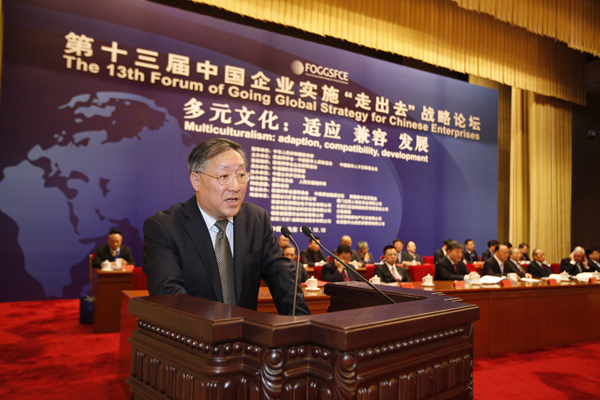 At the press conference, Liu Jinsong, Deputy Director of the Department of International Economics of the Ministry of Foreign Affairs, briefed the participants on the policy and application of the "Silk Road Fund". The conference was attended by over 200 business representatives from China, the United States, Britain, France, Russia, Canada, Kazakhstan, Cambodia, Cyprus, Greece, Japan, Hong Kong and Macao. Chinese and foreign entrepreneurs to 18 projects reached a cooperation intention.
With the continuous development of economic globalization, with China's total economic output and quality rising, Chinese enterprises to go out has become an inevitable trend. Since the 18th National Congress of the Communist Party of China (CPC), the pace of reform and opening up has accelerated, and the construction of "all the way along the route" will promote the coming of Chinese enterprises. To serve the Chinese enterprises to go out for the purpose of "Chinese enterprises to implement the strategy of going out forum", will continue to develop innovative, more pragmatic approach, more flexible way for Chinese enterprises to go out and make its due contribution.