The 14th Forum of Going Global Strategy for Chinese Enterprises was held at The Great Hall of the People in Beijing on December 6th, 2015. The event was initiated by the WRSA Entrepreneur Alliance and co-organized by the WRSA Chinese Overseas-Educated Scholars Association and the China Overseas-Educated Scholars Development Foundation. More than 700 officials from different departments, businessmen from well-known enterprises and M&A enterprises and representatives from China, America, England, France, German, Canada, Japan, Korea, Taiwan, Hong Kong, Macao and other regions attended the event. 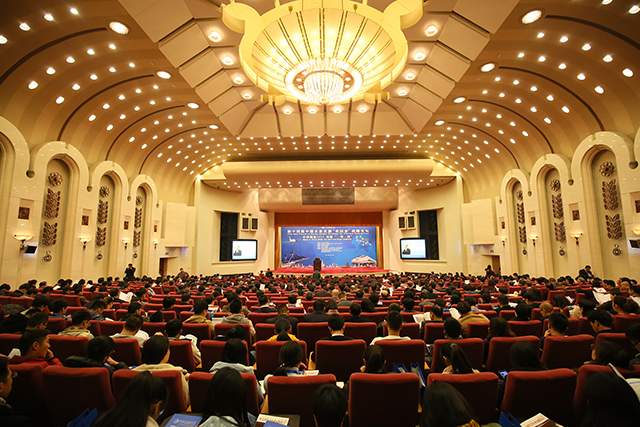 In May of this year, with the successful release of Made In China 2025 and The Guideline to Boost the International Productivity and the Cooperation for Equipment Manufacturing, the State Council stated that the manufacturing industry with international competitiveness is essential for the country to improve the overall national strength, ensure the national security and construct a powerful nation. The new technological revolution and industry renovation nowadays is becoming historically merged with China’s strategy to accelerate the change of economic growth mode; the new structure of international labor division is under rebuilding. All this, especially with constant emergence of some new technologies, promotes deep reform within the manufacture industry. This forum with the theme of Made In China 2025: The Belt and Road Initiative aims at exploring the way to transform and upgrade the structure of manufacture under new formalities, boosting the sustainable development of the Going Global Strategy for Chinese Enterprises and aiding to carry out the strategy of The Belt and Road. 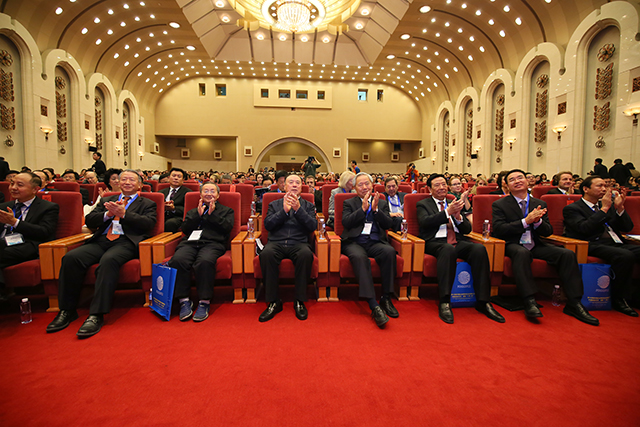 Bai Lichen, vice-chairman of the 9th, 10th, 11th CPPCC and general counsel of the WRSA Entrepreneur Alliance delivered a speech at the opening ceremony, stating that according to the 13th Five-Year Plan approved in the Fifth Plenary Session, China would do more in opening up and accelerate transformation and upgrade. China will enter a brand new stage in economic development. The core of manufacture should transfer to innovation from manufacture, and the innovation-driven mode is the key to realize this process.

During the Round Table Forum, a number of guests interactively presented their brilliant ideas, arousing much applause from the audience.

The Round Table Forum Two with the theme of The Belt and Road & Innovation of Chinese Entrepreneurs was attended by Zhou Liqun, vice president of China Russia Friendship Association, vice president of WRSA Russian-Educated Entrepreneur Association, vice standing president of the WRSA Entrepreneur Alliance, deputy general manager of Chinese Chengtong International Investments Co., Ltd, Yan Changming, president of Canada JiaDa International Business Investment Consulting Company, Huang Xiaoqing, expert of The Thousand Talents Plan and former president of China Mobile Labs, Selig Sacks, Co- Chair of Foley&Lardner LLP, Ren Dehua, General Manager of China Poly Group, Zhang Yunqi, professor in Central University of Finance and Economics, Huang Chaoda, chairman of the board & CEO of Tianshijie, and Noel Irwin Hentschel, CEO & Chairman of American Tours International(ATI). They agreed that we have done much in advancing the globalization strategy since 18th National Congress of the Communist Party of China: we have put forward a series of long term strategic planning. Benefiting from the strategy of The Belt and Road, we have applied two kinds of resources to the manufacture industry of China and made explorations in two markets. Innovation has become the core motivation for Chinese manufacture’s transformation from made in China to created in China. Theoretical innovation, systemic innovation, technological innovation and cultural innovation will advance the deep revolution in social production and people’s lives.

Chinese economy has witnessed a new starting point in its development history and it will serve as a crucial support for the transformation and upgrade of Chinese economy to further accelerate the Going Global Strategy for Chinese Enterprises. The steady and sound development of Chinese economy will also make great contributions to the prosperous development of the whole world. The Forum of Going Global Strategy for Chinese Enterprises will continue its role of perceptiveness and guiding under close combination with the development strategies of China at different periods. It will assist Chinese enterprises in their internationalization practices and cooperation with international companies.