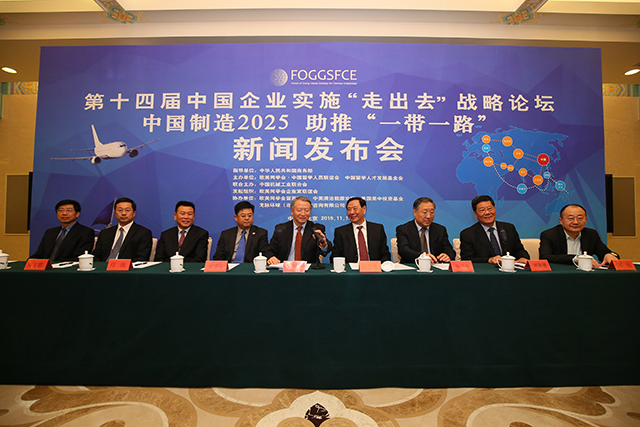 The State Council released successively in May “Made in China 2025” plan and The Guidance on Pushing forward the Cooperation between International Productivity and Equipment Manufacturing , which refers to the manufacturing industry with the international competence is the inevitable course to enhance our country’s comprehensive national strength, safeguard the national security and build a powerful nation.T he organizing committee hoped that by analyzing the evolution and reshaping of our country’s manufacturing industry under the influence of technical revolution, industrial revolution and the transformation of Chinese economic development mode, discuss the sustainable development of the going global for the Chinese enterprises and make contributions to “One Belt and One Road Initiative”.

Party Leadership Group Member of Western Retuned Scholars Association, Director-General of China Overseas-educated Scholars Development Foundation and former Deputy Director of the International Liaison Department of the Central Committee of the CPC Ma Wen Pu made a speech. He said the Fifth Plenary Session of the 18th Communist Party of China Central Committee passed the country's new five-year plan of national development and attached great importance to the implementation of the “Made in China 2025” plan and “One Belt One Road ”initiative to seek for the development under the circumstance of the increasingly intensive international competition. From now on, Chinese enterprises have not only export commodities such as steel, cement and flat glass, but also high-end equipment such as nuclear power, high-speed rail, telecommunication, taking on the all-dimensional and wide-ranging characteristics.

Founding President of the WRSA Entrepreneur Alliance, former Managing Director of China World Trade Center and Vice President Shougang Group Feng Zhicheng reviewed the development history of the Overseas Investment Strategy Forum for Chinese Enterprises. He said that the forum, which was held 13 years since it started, focused on continuous research on overseas investment by following closely the development strategies of the different periods. It had become the most typical forum brand of going global for Chinese enterprises. It also carried out the non-governmental diplomacy between the Chinese and foreign entrepreneurs. The forum included keynote speeches and round-table forums which would discuss the hot topics deeply in different angles. Also it promoted the globalization process of the Chinese enterprises and improving the international cooperation competition.

President of the WRSA Entrepreneur Alliance, Deputy Director-General of China Overseas-Educated Scholars Development Association, Chairman of the Board of US-China Capital Inc., President of China General Aviation Development Association Xu Changdong introduced the reasons to choose Made in China 2025 Boosts “One Belt and One Road”as forum’s theme. Mr Xu said, “Made in China 2025 is the first ten-year plan to implement China’s manufacturing power strategy. It will boost the manufacturing industrial upgrading in general and speed up the development of the relative industries such as information technology, high-end equipment and new materials. And the One Belt and One Road Initiative as one important collaboration platform will provide more developing market space and implementation facilities for the plan.”Push forward the process of the One Belt and One Road Initiative, carry forward the practical wide-ranging win-win corporation with relative countries and regions, and drive the collaboration between the international productivity and equipment manufacturing, in an effort to create a comprehensive opening-up situation. Made in China 2025 plan and “One Belt and One Road” Initiative will have great strategic significance in terms of implementing the innovation driven development strategy and accelerating the economic transformation and upgrading. 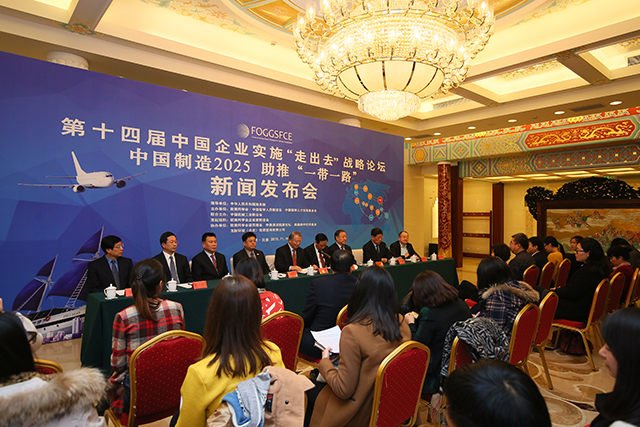