Launched by Consume Guide Magazine Press, the Charity Project is implemented by Beijing Wansheng Hongye Investment Company. According to the introduction of Wang Xin, founder of the project and Deputy General Manager of Beijing Wansheng Hongye Investment Company, the project aims to help the specific group with the strength of the commercial power, solve the housing storage problem, improve the specific group’s living standard and boost the economic development. 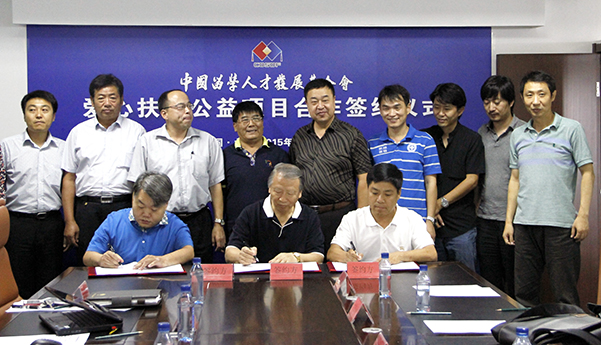 Director-General Ma Wenpu expressed his gratitude towards the founder and participants of the project. He hoped that everybody could promote the kindness and be practical and strenuous when carrying out the charity project so as to make contributions to our country’s economic development and improvement of people’s living standard.

Proprietor of the Consume Guide Magazine Press Hao Gang as the participant of the project said the event played an important role in maintaining the social stability and keeping the development of the housing market healthy. Administrative Committee Director of the Red Candle Old Area Special Charity Foundation Ji Shenghua thought the Charity Project was a win-win one. He also expressed his hope that the project would be carried out successfully and finally benefited the nation and its people.